Press release by AWSensors: New project to validate an easier and faster technique of molecular diagnosis applied to cancer by using quartz sensors

In 2015 AWSensors already got the European project “LiqBiopSens” to develop a liquid biopsy platform for early detection and monitoring of colorectal cancer. Now, the company will work in the European  project “CATCH-U-DNA”, worth 3.4 million euros. CATCH-U-DNA poses a new concept in biophysics and molecular diagnosis based on acoustic sensing of DNA in serum. It aims to provide a novel technology for the ultrasensitive detection of circulating-tumor DNA in serum without PCR amplification.

“CATCH-U-DNA” project was granted under the Horizon 2020 FET-OPEN call, aimed at financing radically new initiatives that can have a long-term economic and social impact. Only the most cutting-edge technology projects are chosen. It is one of the most competitive European programs, where less than 4 per cent of the ideas presented are funded. The project is coordinated by Prof. Electra Gizeli, leader of the Biosensors group in the Institute of Molecular Biology and Biotechnology of the Greek Foundation for Research and Technology-Hellas (FORTH).

Detection of lung and colorectal cancer

The ultimate goal of “CATCH-U-DNA” is to validate a new, simpler and cheaper technology for the detection of genetic markers so that personalized medical diagnosis can be performed in a more precise, easy and affordable way than current technologies.

The project faces the ambitious challenge of testing that radically new technology in the early diagnosis of cancer by detecting the most common genetic mutations that cause colorectal cancer and lung cancer. In fact, it includes not only experimental research but also clinical trials.

In the future, it will be possible to incorporate this new technique into portable equipment and will therefore allow on-site analysis applied to personalized medicine in developed countries or in areas without laboratory infrastructure such as underdeveloped countries.

The amount of mutated DNA in a sample is generally very low, which greatly hampers its detection and characterization. Most of the current methods of detection are based on the technique known as PCR (polymerase chain reaction), which allows amplifying a fragment of DNA by obtaining millions of copies, thus, its detection in the lab is feasible. However, this technique involves a complex and expensive procedure prior to detection. In addition, it may cause a deviation if the amplification is not developed properly.

The “CATCH-U-DNA” technology promises to overcome these limitations and allow for the genetic analysis of human samples in an easier, more affordable and more precise way. The aim is to manufacture an ultra-sensitive device capable of detecting DNA in human samples without any previous amplification procedure even though the amount of that DNA is minimal. Specifically, the goal is the detection of circulating DNA, fragments from the tumor cells found in the blood.

The new technique will use high frequency quartz crystal sensor arrays that allow for a real-time, label-free monitoring, in combination with a revolutionary DNA identification system based on the hydrodynamic molecular properties. This approach will allow to push the detection limit down obviating the amplification.

7 companies and organizations from 5 different countries

The “CATCH-U-DNA” project will be developed over 3 years. Experts in molecular biology, physics, chemistry, nanomaterials, biosensors and microfluidics from Spain, Germany, France, Greece and Israel are involved. They are from the Greek Foundation for Research and Technology Hellas (FORTH), which is the project coordinator, and from AWSensors; the Autonomous University of Madrid, in Spain; the University of Crete in Greece; the Curie Institute in France; the Ben Gurion University of Negev in Israel and the German company Jobst Technologies. 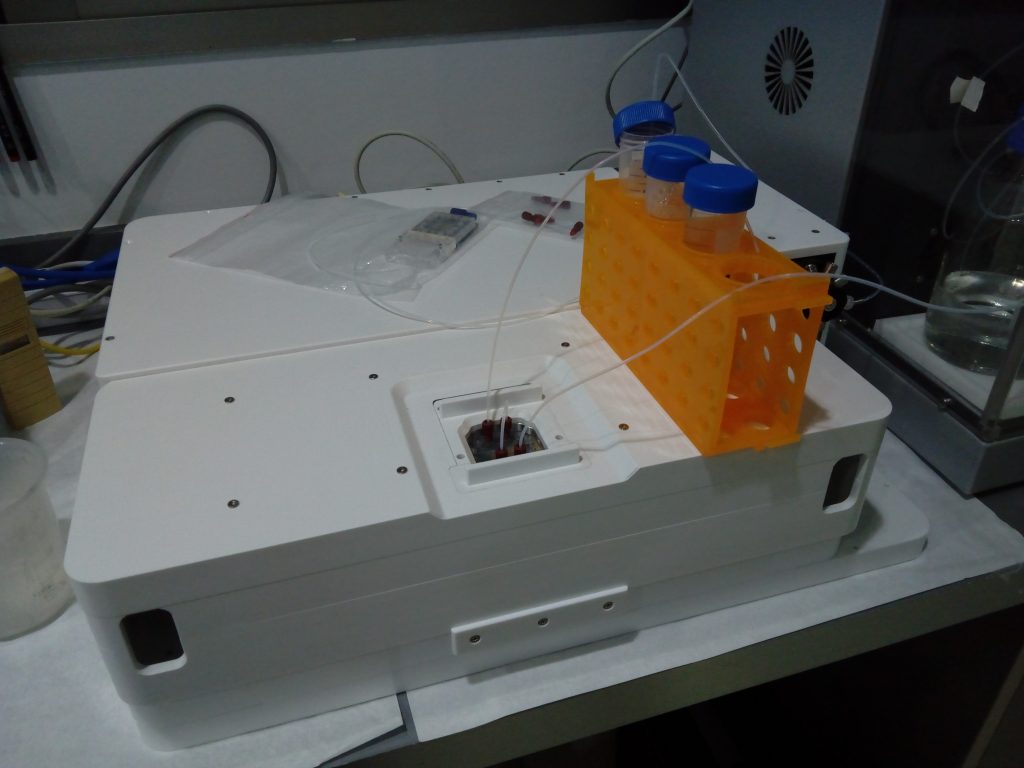 March 5, 2020 Installation of prototype Platform Read More
We use cookies to ensure that we give you the best experience on our website. If you continue to use this site we will assume that you are happy with it.I agreeRead more